A foggy morning, a highway chase, four nameless men in a winner-take-all shootout. This is the backdrop for Dylan Earl's latest video for "Morning Star," a dramatic spaghetti Western-fueled lover's spat. The Arkansas-based country singer is no stranger to an old-school sound, having been hailed as a country music natural by the Arkansas Times. 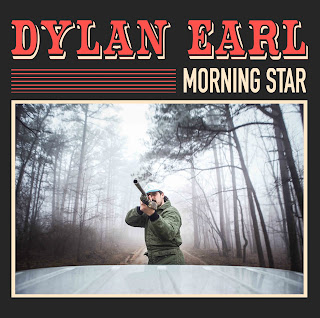 "This video, much like the upcoming album, is a total DIY effort that I was fortunate to accomplish with the help of some of my best friends here in Arkansas. We broke two of Robbie Brindley's cameras and got caught in a hell of a little storm in the Ouachitas, he may never forgive me. My brother, Thomas Lee, was somehow able to piece together a story with the little amount of footage we salvaged from the mountain. We've always done it this way and probably always will. No offense, but I sure as hell ain't moving to Nashville. I will remain naturalized by the natural state"

Earl's literally toured the world, and his upcoming follow-up to New Country To Be is fixing to be a blast furnace of spleen and steel guitar. "Morning Star" is from Earl's upcoming album Squirrel in the Garden, out in August.