PREMIERE: Matchstick Johnny -- "Let Me Tell You All About My Baby"

Don't let anyone tell you that rockabilly is dead. And definitely don't tell Johnny Ray, a man of many monikers. You may know him as Matchstick Johnny or Johnny Matchstick or Johnny the Matchstick Man. Hailing from Loxahatchee, Florida, Johnny's release two full-length albums and is releasing "Let Me Tell You All About My Baby" on his very own label, Reeltone Recordings, which specializes in analog tape recording techniques. 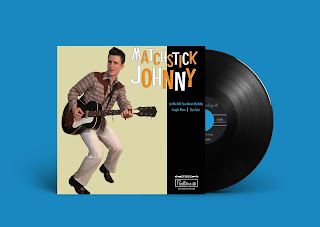 "Let Me Tell You" will be released on vinyl in June, though you can hear it right here right now on a much more modern contraption. "Let Me Tell You About My Baby" revives the primal energy that made rock'n'roll catch on in the first place. You can hear Johnny having the time of his life as he contorts around the guttural sounds in his vocals and stretches himself out like a cat on his guitar licks. "Let Me Tell You" is unpredictable and, most importantly, fun as hell.

As Johnny puts it, "It's a jivin, rockin little record and you should give it a play!"

You can pre-order the 45 here!