The first thing that jumped out at me about Lucy Isabel's Rambling Stranger is its sense of adventure. Isabel truly embodies the full sense of Americana -- no two songs here are exactly the same. Isabel glides between bar band rock, country, folk, LA-dappled psychedelia, and traditional ballads with grace.  It hints at her own restless personality and makes the album's title fitting. What's even more impressive for this debut is that each song can stand on its own comfortably. 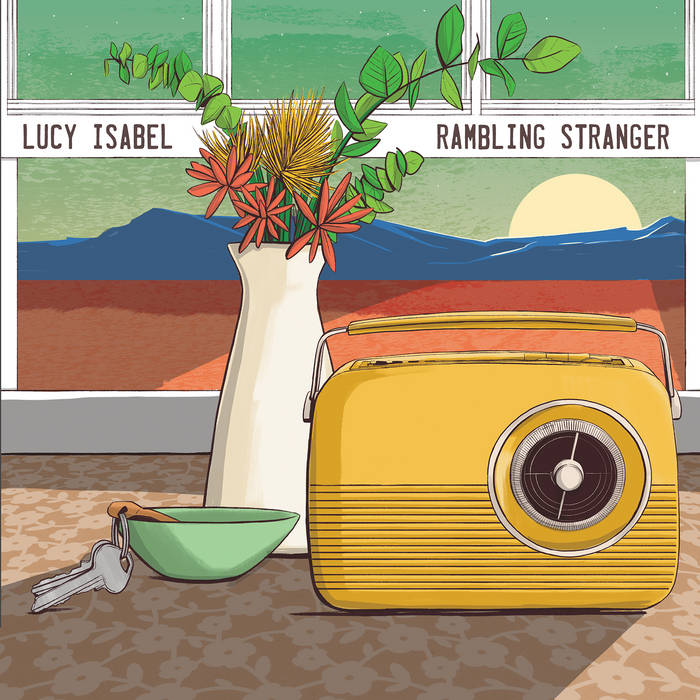 Naturally, I'm most drawn to those rockers -- the album kicks off with the hard-driving "How It Goes." At first listen, I was a bit disappointed when the album quickly shifted gears into more mellow territory, but now that I know where the road leads it's not an issue for me at all. For example, the majestic "False Prophet" is a stunning, four-minute piece that inexorably flows into spoken word territory, masterful in its lush sense of space and its ability to communicate the complexities of a faltering relationship. By the time Isabel revs back up for "The Between," you'll even forget about that old three chords and the truth chestnut.

Isabel's voice sits somewhere between Carole King and Courtney Marie Andrews in its delicacy and boldness. Her songwriting has the same directness and humor as Nashville contemporaries Erin Rae, Caroline Spence, and Becky Warren. With Rambling Stranger, I get the sense that Isabel is not only energized by releasing her own music into the world, but providing an album that is yet more proof that the best exports coming out of Music City are from the genders completely ignored by its gatekeepers.