The Local Strangers -- "Not Missing"

The 70s are back in a big way -- fashion, music, drugs. But I feel one thing that's lacking is the swagger. That is absolutely not the case on The Local Strangers' "Not Missing." It's the single off their third album, When We Were Honest.

The Local Strangers sit very comfortably between 70s prog rock and crunchy blues. It's truly not a combination I enjoy, but the Strangers sell it with aplomb. Part of it, I think, is the chemistry between singers Aubrey Zoli and Matt Hart. A big part of it, as well, is the joy the pair bring to this album. 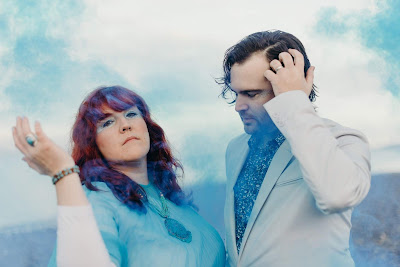 “We had a lot of worry about what this band meant” says Hart of beginning When We Were Honest. “Eventually we had a revelation about the place that the band fit into each of our lives. We re-centered, got honest, and focused on happiness and fulfillment. The album title really resonates in that context.”

That happiness is evident on the scorching "Not Missing." A tidal wave of face-melting guitar solos and gothicana gang vocals, I feel bad for whomever this song is about. Not only are the Local Strangers delivering the ultimate kiss-off, they're having a truly fantastic time. And while that may be at another person's expense, they sure make it sound like that person deserves it.

When We Were Honest is out tomorrow, June 28th.