You know that insurance commercial that makes fun of the idea of a "she shed"? It's not really a joke, when you think about it. When Virginia Woolf called for a "room of one's own," she understood the importance of having a physical place for women to set aside their other obligations to pursue their creative passions. After giving birth, Canadian singer Mary Milne found herself turning towards music that could be created (and played) around the needs of a tiny human. While Milne followed a new interest in electronic music, she was also pulled towards calm, contemplative folk music.

While "morningtown" has a sing-song, lullaby-like quality, its themes are quite mature. "As we get older our perceptions are constantly changing-how we see our parents, our lovers, our jobs, our art forms," Milne wrote to me. "Morningtown looks at the freedom that comes with gaining a new perspective as well as the nostalgia we can still have for things we know aren’t meant to be.” 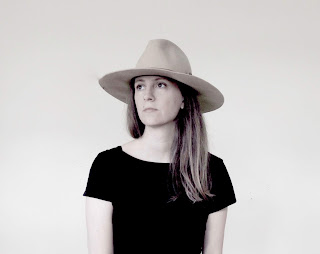 “It was the first song I released after a long time. I chose to record a very simple one-mic version of it because I realized I had gotten too caught up in both trying to make music more electronically and also trying to chose songs that I thought might have the right algorithms & would make it onto a playlist. I realized I was drifting from the essence of why I love songs and songwriting. Morningtown seemed like the right place to start.”

That honesty shines through for me. I know there's not much of my own commentary here, but I think the song is so delicate, yet so strong and assured, that it speaks for itself. I was so taken by the lyrics, I asked Mary to share them with us.


Mary will continue to release one song a week throughout the year.