INTERVIEW: Will Bennett and the Tells Serve Up All Your Favorite Songs

Will Bennet's one of those guys who sticks to his guns. After his spunky debut album, Wichita, Will needed to take a break to tend to some of the most important things in life. The band's sophomore effort, All Your Favorite Songs, has a much world wearier feel, but I think that just means Will is growing into himself. In addition to premiering the title track below, Will gave up the goods on how All Your Favorite Songs came together.

Your music has always had a bit of a bite to it, but All Your Favorite Songs feels a bit defeated. Are you doing okay?

Ha! I’m doing great, but I understand where you’re coming from. The spark for this album came out of an unexpected trip back to my hometown of Grinnell, Iowa after my dad had a stroke a few years ago. He's doing fine now, by the way. That was the inspiration for the title track, but coming back home after living in Ohio for a year also caused me to think a lot about my own relationship with Grinnell. Small town America—with its backroads and trucks—is romanticized all the time in country music, but those tropes are never very meaningful or relatable. I wanted to put together a collection of songs that was true to my own experience growing up in a small town.


You moved from Grinnell, which is truly a small, small college town to Chicago! How's that been for you?

I love being in Chicago. I had been in Columbus, OH for a few years, but I was in a long-distance relationship with my partner who was here, so moving to Chicago was inevitable once she got a full-time job. It can be a little tough creatively since a stable, happy relationship is a little harder to mine for songs than a long-distance one, but that’s a minor quibble.

Musically, it’s exciting to be in a city with such a rich alt-country scene. It was at the center of that initial wave in the 90s with Wilco and all the Bloodshot Records releases and continues in that tradition today. It's fun to be able to soak up all this great music here while trying to carve out our own little corner of that community.

But don’t sleep on Grinnell! It has a surprisingly vibrant music scene for such a small town thanks in large part to the presence of the college. Springsteen famously played the basketball gym in 1975 right after Born To Run blew up, and they booked The Replacements once in the 1980s, but they got too drunk to play. It’s been growing a lot over the past couple of years thanks to some of my musician friends from college who have decided to move back to Grinnell. They help bring cool shows to town and use Grinnell as a home base for playing all over the Midwest.

On the song "In Nashville" you have some very pointed critiques of the country music industry. Is this based on personal experience?

It’s a little tongue in cheek for us to declare our independence from Music Row, given that we lean more to the alt side of alt-country, and in terms of popularity, we’re not even a blip on their radar. But at the same time, it’s true that we want absolutely nothing to do with Music Row and the machine that churns out these mindless radio hits at the expense of a lot of more interesting country music being made today, especially by women.


I wanted to ask about the album art. It's clever and also an interesting choice -- what's the story behind it? 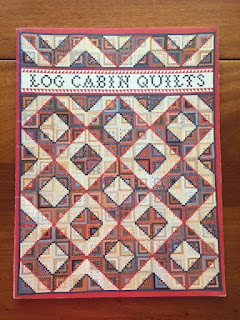 My mom is a quilt book author and the design is an homage to the cover of the very first book she wrote. This was before personal computers and she didn’t understand that you could add text to a photo after the fact, so she sewed the title of the book right into the quilt that was to go on the cover. I had always thought that was a cute story, and then one day it hit me: we need to do that for our album cover. When I approached my mom about it, she was thrilled, and I'm very lucky to have a mom who is willing to put in a whole lot of time and effort for our album artwork. When you see it printed full size for the vinyl record, it looks really beautiful. It’s a perfect visual accompaniment to the album.

Will Bennett and the Tells -- Official, Facebook, Bandcamp
Posted by Rachel Cholst at 3:43 PM

Email ThisBlogThis!Share to TwitterShare to FacebookShare to Pinterest
Labels: interview, premieres, Will Bennett and the Tells