What do you get when you throw a bunch of jazz musicians into a jam session at New York's famed the Bitter End?

Well, some country rock, of course.

That's how New York-based band Saddlemen coalesced around a shared love of music. I wrote up their second release, "Indiana," a few months ago. Now I'm excited to see them come back around for their very first EP, which is out today. "The Bend" might be about pressure, but there's no mistaking the joy the band derives from playing together. The song goes in a lot of directions, but it never meanders. In fact, the combination of experimentation and tight instrumentation calls to mind another roots jam band that called the Lower East Side its home: God Street Wine. 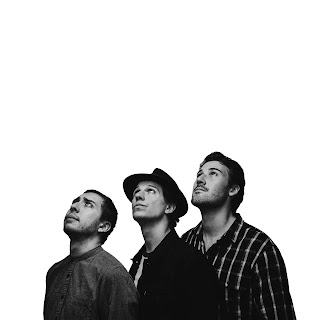 According to the band, here's how it all came together: "We used to introduce this one at gigs by saying "we don't know what to call this." Everyone in the group had a different name for it. We felt like it was hard to categorize a song that had such a frenetic quality. It also proved difficult to find a title that accurately represented both the vintage instrumentation (plus we try to record live [together] as many instruments as we can and rarely use midi or click tracks) with a more modern, insecure lyricism. One day Austin rather typically had a moment of clarity and realized that it should be called "The Bend" — after the guitar string bends at the top of the first and second verse. It clicked for us: the idea that we're all at all times bending (and sometimes breaking) under different pressures. After all, the song is about how we're all operating in various states of "losing-it" — and a frustration with those people who refuse to acknowledge that very human phenomenon. We want this to resonate with folks — especially given the social fissures we see so often today. Ultimately, we hope this frenzied song sounds just right after a few drinks and a long week."