Jade Marie Patek's got traditional music in her blood -- even if she's drawing from a different one than her grandfather, polka legend Joe Patek. Patek calls her genre of music “marble rye bread,” showing infusions of Americana/Texas Country with flares of blues, funk and soul. She's earned her own bona fides as well, having been recently nominated for Texas Regional Radio Music Award's New Female Vocalist of the Year. Patek's last single, "Drive," was nominated for Texas Music Picker's Song Of The Year. 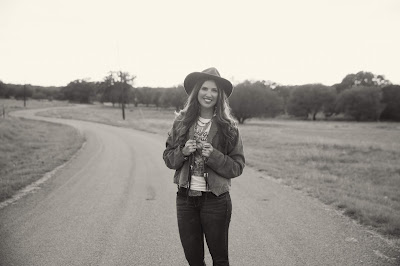 On this cover, Patek sticks closely to her hero Janis Joplin's cover -- until about halfway through when she adds in that marble rye. The band kicks it up to a quick two-step beat that, smoothly but improbably, culminates into an almost gospel-like ecstasy in the repetition of that final chorus. The song also illustrates Patek's impressive pipes, which remind me of a grittier Margo Price. I wouldn't normally highlight a cover, but I loved the way that Patek and her crackshot band kept things loose and took old Bobby to places even he probably never thought he'd go.