Jake Riley and the Social Workers -- For All and None

When I've been telling people that work has been intense this summer, I really meant it. Jake Riley's album came out a month ago, and I'm only just getting around to telling you about it. (Though I did feature it on the podcast when it came out!) However, the album is just as good a month in. Riley's lyrics are urgent and cutting -- and marshal some of the finest works of Western literature to the cause. You may be familiar with Riley from his stint with Lance Howell in Big Shoals. Riley was working on his qualifying exams for his PhD, and both his time and the road and the stacks powerfully influenced this album. 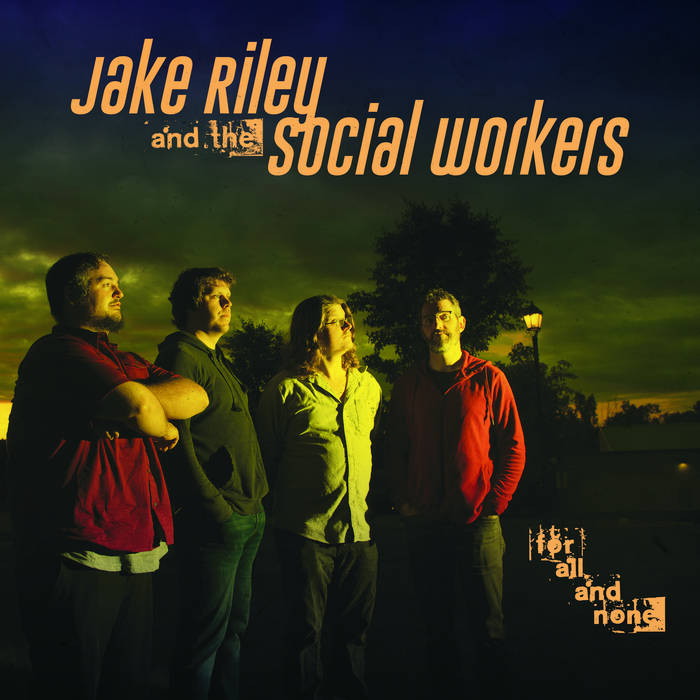 While most of the band has worked in -- or has a degree in -- counseling, For All and None isn't necessarily comforting. It's therapeutic, in that Riley exposes some of his innermost demons for all of us to see -- and relate to. "Accidental Accent" stands out as the song that most accurately portrays my own experiences with self-doubt, for what that's worth. "Ecological Thought" gets into what we're all too afraid to say about climate change. "Drown" borrows heavily from T.S. Elliott's "Love Song of J Alfred Prufrock" -- the bane of my 11th grade English class. In general, the band sticks close to Midwestern roots rock, making songs that truly plumb the depths into common-sense anthems of solidarity. Riley pushes his pen deep into the places we rarely go, either with ourselves or with a trained professional.

Email ThisBlogThis!Share to TwitterShare to FacebookShare to Pinterest
Labels: Jake Riley and the Social Workers