Sometimes, an artist's bio is too good not to share verbatim. Here's Bobby's:

One thing is for certain, The Bobby Tenderloin Universe is a place where mishaps become miracles, & dreams come true.

The legend begins on a fateful day in March, not so long ago, where a new universe was born, that saw the birth of Bobby Tenderloin & the passing of a preacher, who was a husband to a ragtime pianist, & grandfather to none other than, Bobby Tenderloin. 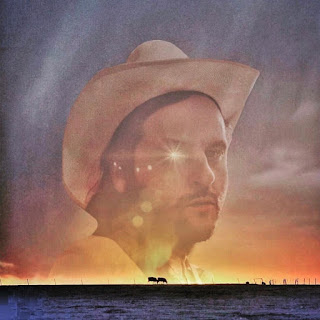 Legend says that on that day, the spirit of the preacher was passed onto Bobby Tenderloin, as his devotion to lifting people & expressing words of unconditional love through music, was noted at a young age. This was the foundation of the profound bond formed between Bobby Tenderloin & his grandmother, as hours, days & eventually years were spent, side by side, in front of ivory keys. An ancient craft of artistry & music was passed to Bobby Tenderloin.

The story of Bobby Tenderloin is one of legends, mystical death, a sacred transfer, a cosmic continuum, & is written in the stars & hearts of every being that ever was, is or will be.

Welcome to the universe...

If that's not enough to grab you, maybe it's Bobby's buttery baritone and sardonic delivery. It's an odd combination that makes "That's All I'm Sayin'", an earnest tale of love from afar, completely sincere. To me, it reminds me of Aaron Lee Tasjan's sense of grandiosity: while the complex production is as much a character as both artists' stage personas, the commitment to that persona in fact becomes a route into their vulnerability.