HEY! LISTEN: Simen Mitlid -- "After a While"

Hailing from the lush woods of Os, Norway, singer-songwriter Simen Mitlid crafts lush, Nordic indie-folk a la contemporaries like Sufjan Stevens, Fleet Foxes and Patrick Watson. Since the critical acclaimed 2017 debut album Everything Is the Same, Mitlid has been working on his second full-length release, Neutral. 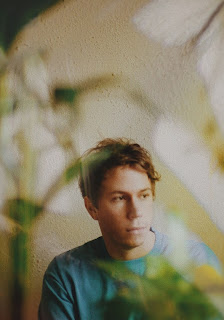 Mitlid paints a multi-layered canvas with "After a While." The gentle acoustic guitar and Mitlid's even singing remain steadfast against loops that inexorably bring the song to an exciting climax. Even as Mitlid's narrator remains even-keeled, the music suggests his true emotions are anything but. Indeed, perhaps it's that duality that began the quarrel in the first place. If you like your folk music complex but gauzy, Mitlid's proven himself more than capable of delivering.

You can listen to Mitlid's newest album, Neutral, on Soundcloud or Spotify.