Country music is not a genre to innovate, necessarily. Sometimes, that's a fantastic thing. We see that on Jason Hawk Harris' stunning new album Love & the Dark. I'll dig into the songs in a minute, but first I want to focus on the fact that Harris clearly intended for this collection of songs to function together as a whole -- not, as is often the case now, a bunch of songs that happen to be packaged together. On Love & the Dark, Harris intentionally tells the story of addiction, bereavement, and finding your place once you get to the other side. If you are a human being, this is essential listening and is on my shortlist for my Top 10 of 2019. 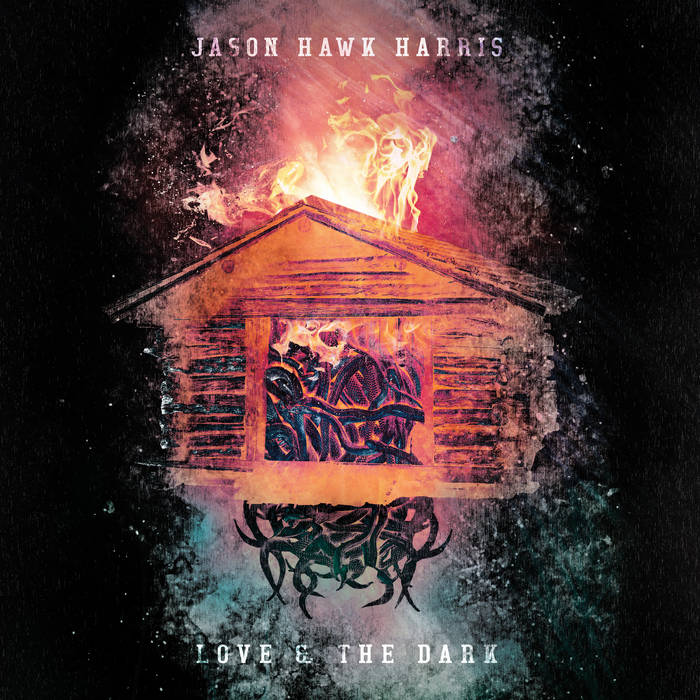 I've seen a few comparisons between Hawk Harris and Robert Ellis, and I'm going to add my chips to that pile. They're similar in terms of their voices and unconventional sense of humor. They diverge in Hawk Harris' rock-oriented approach: Hawk Harris is more of an outlaw to Ellis' balladeer -- both astute, sensitive songwriters, but they approach the same place from different paths.

Harris addresses his struggles with addiction from a few different angles: that classic country self-effacement ("Cussing at the Light" and "I'm Afraid"), grief ("Giving In"), and somber recognition ("Blessed Interruption"). He also addresses the death of his mother with breathtaking vulnerability on "Phantom Limb." I also appreciate Harris' meditations on marriage on "Confused" -- an acknowledgement that nobody is perfect, and, eventually, you'll find the person who is able to make it up with you as you both go along. By the time you get to the album's closer, "Grandfather," Harris has bombarded you with so many different emotions that the careful production on this ballad will break you down -- in the best way possible.