Sorry, pals. Not feeling up to recording this week so you can read what I have to say about all of these wonderful people in the show notes! Hope you all have had and are having a wonderful holiday week! 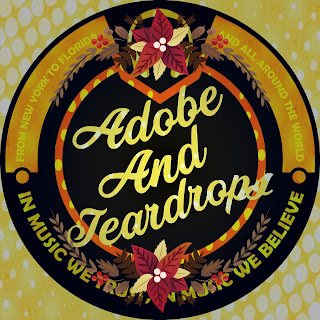 2 AM Wakeup Call has been making music since 2017, describing his music as “Southern Emo.” What calls me to these two songs are his deep-cutting vulnerability (it’s not enough you see a man talk about feeling physically used) and playful instrumentation.
2. Ella Marie Salter -- “White Flag” (Beverly)
Hailing from Southern Alabama, Salter has a truly impressive voice. She belongs in the pantheon of country music’s great singers -- and her songwriting ain't bad, either
3. Michelle Brooke -- “Storm” (Single)
I wrote this song up a few months ago for The Boot! As a queer writer, I think it’s really important to lift up all LGBTQ voices in the roots music community. I look forward to more allies joining me this year! Speaking of allies, I love that Rachel Hurley and Frank Keith at Sweetheart PR are going above and beyond to work with queer artists, even if they’re struggling financially.
As for Michelle Brooke, she’s another addition to that pantheon of great voices. A self-described theater kid growing up, she brings that Broadway pizzazz to the barnhouse. This song is so cathartic in so many ways and is about the end of her first same-sex relationship after coming out.
4. The Strangemakers -- “Shot Down” (Off the Floor)
The Strangemakers are a decorated folk rock band from Canada. You can hear the assurance in their groove on “Shot Down” and it reeled me in. Patreon listeners will hear “Wait On Me,” which sounds really familiar to me, but I couldn’t figure out if it was a cover and didn’t have time to ask them. Anyway, it’s been stuck in my head for a whole two weeks.
5. Stephanie Anne Johnson and the Hidogs -- “Take This Love” (Take This Love)
You may know Stephanie Anne Johnson from The Voice; on this album she enlists some of Seattle’s best. And yeah -- one more for that pantheon. I love the warmth in her lyrics and confidence in her performance!
6. El Cantador “My Way” (Translation Wave)
This is one of my deep dives into the ol’ Adobe & Teardrops vault. Translation Wave came out in 2013 and it seems to be their last release; the band was led by Heath Underwood, who now has a band called BUNCH, whose 2015 album I wrote up.
7. “Lay Me Down” -- Brendan Kelly and the Wanderers (Too Late to Pray: Defiant Chicago Roots)
Bloodshot Records just celebrated their 25th anniversary with this fantastic comp album. It shows the beauty and diversity of Chicago’s roots music scene.
8. Nilufer Yanya -- “In Your Head” (Miss Universe)
I was gobsmacked after Nilufer Yanya’s performance on World Cafe. Anyone who thinks rock’n’roll is dead needs to shut their soundhole.
9. Sid Kingsley -- “Sweet Viriginia” (Single)
Kingsley grew up playing jazz in a small town. When he joined the Coast Guard, he was encouraged to continue playing sax. After leaving the Coast Guard and moving to Richmond, VA, he found that he couldn’t avoid his calling anymore and took the plunge with his first album. So far, it’s shaping up great.
10. Lizzie Huffman and Her Brother’s Band -- “Tumblers and Tea” (Lizzie Huffman and Her Brother Band)
Another one from the vault. I can’t find any online presence for Lizzie Huffman, so if you know where she is please let her know there are still people enjoying her music. Meanwhile, you can tell how old this song is because she talks about tight jeans -- as a good thing! Pretty sure it’s from 2011.
11. Stevie C. Bowen -- “Be Kind” (Music From the Rooms of My Head)
Hailing from Brooklyn and with a moustache that might make Von feel jealous, Bowen doesn’t have much biographical info out there. But maybe that’s because his guitar needs to speak for itself.
12. Adam Hill -- “Magnetic North” (Water in the Draw)
A couple weeks ago I mentioned on Twitter that I was finally getting more honest-to-goodness alt-country through SubmitHub. Adam Hill is one of those people. While Hill describes himself as an inventive musician, he’s sticking to three chords and the truth here and I love it.
Posted by Rachel Cholst at 12:00 AM