Western culture really likes to catalog things. Scientific taxonomies, historical periods, gender, music genres. It's comforting to think that it's possible to list and organize everything in the world. But nature isn't like that -- and neither is Mercy Bell's self-titled album. Bell describes herself as a queer Filipino-Americana. With a bi-coastal upbringing and certain fractured relationships (which she goes into in her songs), Bell is used to living in between clearly defined lines. 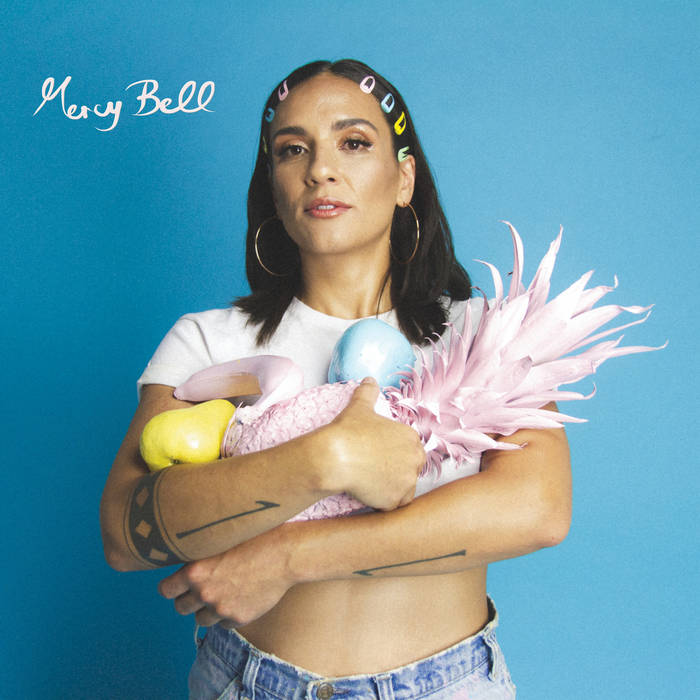 I've written and podcasted about Bell in the past. If you have the good luck to see her live, you know that she has a joyful, charismatic presence that evens out her somber songwriting. Mercy Bell, which was funded by a grant from her employer, combines some of Bell's older songs with a few new ones she's written since moving to Nashville. The re-recordings needed to happen: Bell lay these tracks down at the Bomb Shelter and added string arrangements to her country-tinged confessionals. "All Good Cowboys" gets the pedal steel it was destined for, while "Home" is accompanied by a heartfelt string arrangement. Whichever recordings you listen to, though, good luck getting any of these songs out of your head. They're written with such acuity and performed with such emotion, they're the kind of songs that feel like they've been in your bones your whole life -- and Bell is simply conjuring them to the surface.

The newer songs, by contrast, represent Bell's interest in the Nashville standard of co-writing. They're more pop-oriented and, to me, are representative of Bell's resurfacing after the tragedies relayed in her older material. "Skip to the Part" is the best example of these -- a track that, in a just world, would be a staple at the lesbian bars that are becoming increasingly scarce. Even in playfulness, Bell's deep yearning is the leyline of the queer experience. Couched in confidence, the narrator's fear of rejection is a sort of cosmic microwave background that gives the song more depth.

More importantly, Bell's rejection of easy categorization is a personal statement against the way the machine typically works. In an industry -- and world -- that demands we subsume our identities into marketable boxes, Bell refuses to do so -- and has fun in the process.