PREMIERE: The Lore Dogs -- "The Devil Showed Up"

The Lore Dogs are a storied duo. Comprised of American singer-songwriter/multi-instrumentalist, D.B. Rielly, who, as is told, “was born in the hearts and minds of lonely widows. He was raised by traveling vacuum cleaner salesmen and fed a strict diet of Cream of Wheat and Gilligan's Island until, at the age of three, he was sent off to receive his education at the I Don't Like Your Attitude, Young Man, Academy of Discipline,” and world percussionist/producer, Rohin Khemani, a founding member of Red Baraat who has performed for audiences at some of the world’s most prestigious concert halls and festivals including Carnegie Hall and Lincoln Center, Sauti Za Busara in Zanzibar, Tanzania, The Monterey Jazz Festival, The London 2012 Olympic Games, and Peter Gabriel's WOMAD Festivals in the UK, Australia, and New Zealand. 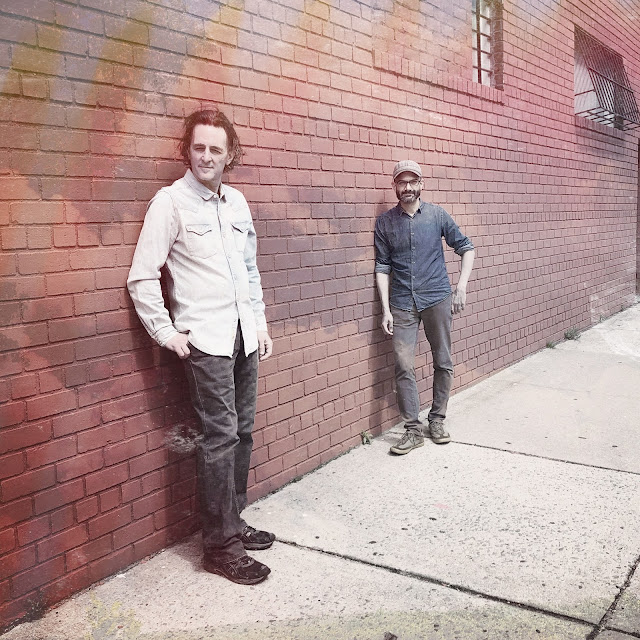 Despite the fact that The Lore Dogs are a relatively new collaboration, both men have been playing music with each other for many years- and they are no joke: Rielly snatched the Kerrville New Folk award in 2019 and Khemani went to Berklee College and Manhattan School of Music.

Says Khemani, "After many years touring the world we wanted the simplicity of a duo. Being able to hit the road and take the show anywhere. The space, the freedom, to see where the music would take us and leaving room to have a friend or two join us once in a while."

The Lore Dogs · Devil Showed Up

With "The Devil Showed Up," the duo serves up a southern Gothic tale as seen through a spaghetti western filter -- complete with tabla percussion. The song certainly banks on familiar tropes, but the duo's musical adventurism breathes expansive life into an age-old tale of resisting temptation.

Email ThisBlogThis!Share to TwitterShare to FacebookShare to Pinterest
Labels: premieres, The Lore Dogs