This time of year, holiday music is a dime a dozen, but every so often it's actually good. It helps, of course, when the song doesn't focus on a single day, but more of the gestalt. Justy's new single, "Blues on the Crosley," is an effortlessly cool R&B song with beautiful jazz elements, especially a particularly expressive bass line. Christmas is incidental here, as Justy digs deep into that out-of-step holiday malaise and nostalgia so many of us feel around this time of year. 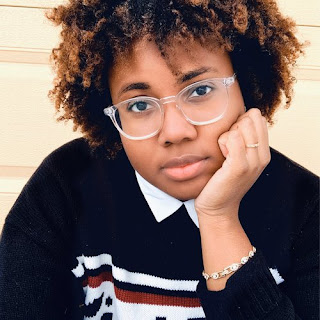 Brooklyn-born and Staten Island-raised, artist Justy began writing music at 12 years old. Fast forward 10+ years and the transparent singer/songwriter has blossomed into a unique and promising force in music. Heavily inspired by the works of artists such as J Dilla, Amy Winehouse, NoName, Anderson Paak, and Lauryn Hill, Justy continues to evolve, and incorporate traditional jazz elements into her music. In 2018, Justy's refreshing sound caught the eye of British music powerhead Kwame Kwaten (also of D-Influence) who in turn took on the artist for a two single project which penned her notable tracks "Try,"(2018) and "L8R" (2019).

With vocals often referred to as "chill," and "smooth," Justy's music is rooted in vulnerability. In 2020, she released her debut project Soul Food, the Precede which blends genres to deliver a lyrically impactful portrayal of love,loss, insecurities, and ambition. A self proclaimed "old soul," Justy's work continues showcase her growth as an independent artist. She is currently working on her forthcoming debut album.

Posted by Rachel Cholst at 2:23 PM