If you don't get sucked in to the pounding drums on MAWD's new song, "Hot Shit," you might not have a pulse. The song is a lush four minutes of finely-crafted wrath, reminiscent of 90s fuzz rock like Garbage and Elastica.

MAWD is the moniker of Los Angeles based musician Madeleine Mathews. With a sound that gravitates toward an eclectic mix of genres including indie rock, folk rock, folk, blues rock with a bit of a 60's/70's retro twist, it's hard to pinpoint her into one musical corner. MAWD's soulful textured timbre is diverse and ranges from a breathy/sultry folk and blues vibe to a powerful belt that fans have claimed are reminiscent of Janis Joplin, Karen O, or Brittany Howard.

Born and bred in a small town in the foothills of California, Madeleine started writing music and making her mark around her hometown of Placerville at age 17. After graduating with a degree in Music Business from CSU, Chico, Madeleine up and moved to Los Angeles in the Fall of 2017. She quickly hit the ground running. Within the first couple months of living in LA, she opened for Larkin Poe at a sold out show at The Hotel Cafe. Soon to follow, MAWD started creating a buzz in the music scene opening for Robby Kreiger of the Doors, touring to SXSW in Spring of 2018, playing over 10+ Sofar Sounds across California, and frequently playing local popular venues (The Hi Hat, The Satellite, Bootleg, Resident, The Hotel Cafe, Non Plus Ultra, Gibson Showroom, and more). 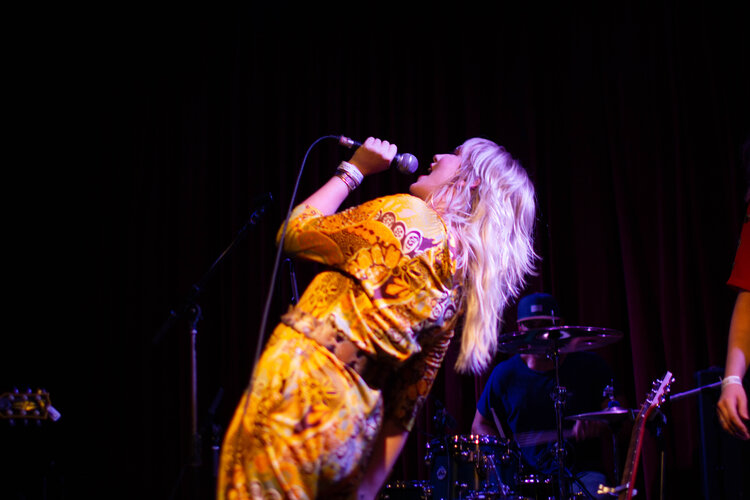 "2020 is a year of clarity," MAWD says of the new single. "Written in a fit of anger, empathy, and self-realization, the idea of 'Hot Shit' was first sparked when a rock n’ roll band I admired was being reckless during quarantine, flicking cigarettes out their car while posting about partying (maskless) with their friends on social media - acting rather 'tone deaf' in a world where hundreds of thousands of people were dying from the virus. Similarly, this band and popular social media icons, friends, and family were either silent or revealed their racist tendencies during the Black Lives Matter movement as well as leading up to the 2020 election.

"The hateful chatter online from pompous and inflated social media egos was beginning to grow louder. Madeleine came to some stark realizations that a lot of people she thought highly of was just a facade. “Hot Shit” is an angry anthem about seeing people clearly for the first time and the weird power trips that come with some people on social media."