Sara Rachele is a lot of things: poet, songwriter, veteran studio rat, dog owner, guitarist, head of her label Angrygirl Records, and the resident of a newly purchased abandoned church. Most of all, though, she’s a folk musician.

“That title means sitting on a bag of great songs and sometimes you want to reach into it.”

Having wrapped her most recent recording project in London, then stranded in the US by COVID-19 before being able to finish it, Rachele turned to her roots by recording a cover of Bob Dylan’s “Mr. Tambourine Man.” 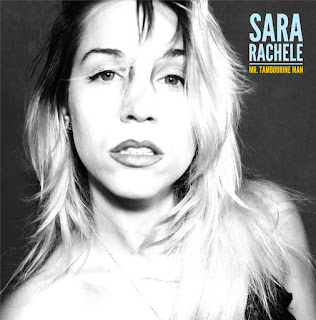 “A few months ago I wanted to put out a folk release. I thought, ‘while things are weird, keep music coming. We can do a fun, simple project.’”

The Dylan standard was one of those songs that made an impression on a young Rachele, who was introduced to the song as a child.

“The song’s extreme universality always made me feel as a kid -- and now as an adult -- less alone. I don't know what the author had in mind, but to me, it always just felt like a discussion of a wandering person who is encountering someone else who is also wandering in a different way.”

Rachele’s rendition slows the song down to a leisurely pace, savoring the moment of connection -- both with the song and Rachele’s lone finger-picked guitar. Rachele wanted the song to ring with the intimacy of a live show.

2019’s Scorpio Sun, Rachele’s powerful condemnation of abuse within the entertainment industry, proves that she is a survivor who will create on her terms -- no matter what. Rachele is hard at work taking her record label, Angrygal, to the next level. Inspired by Ani DiFranco’s Babeville in Buffalo, Rachele plans to use her church as the label’s headquarters, expanding its roster, and providing a recording and event space for her fellow artists and community.

“I want to give a nod to the concept of the troubadour, the outlaw or the observer, and to say that this song represents coming from someplace else, and arriving or departing, and what that disruption is like and what it's like to be that disrupter. I hope that once this is all over that we can all continue to wander again.”