Kory Quinn -- Home of the Brave

The Bandcamp page for Kory Quinn's Home of the Brave is pretty sparse -- just a list of all the musicians and artists on the album. Deservedly so: this album more than speaks for itself.

Quinn has really outdone himself with dense, poetic lyrics. The album balances an incredible brass section and steel guitar, giving each equal weight in these sparse but evocative compositions. Home of the Brave balances high drama and down-home country wryness, a thorough examination of Americana in all its definitions ahead of one of the most fateful elections in American history. 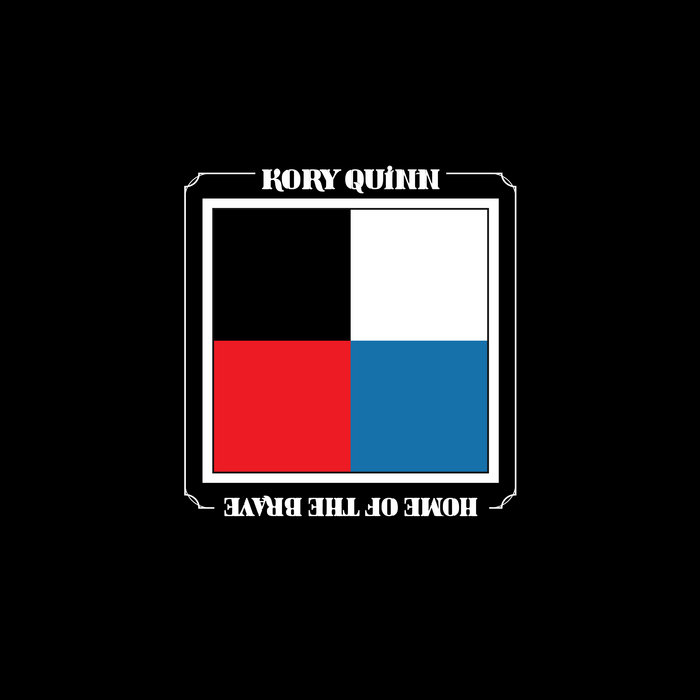 The album's opener, "I Hear Them All," has morphed into a post-election triumph -- though listening on the other side of Election Day is a reminder that the evils Quinn recounts continue to stalk us, no matter who's in office. Meanwhile, "All Quiet on the Front"is a spaghetti Western epic of liberation. Quinn follows up the drama of "All Quiet" with the Americana wryness of "As Every Breath Was His Last," a steel guitar-laden groove with a powerful rock beat.

That's just the first three songs -- the rest of the album is a journey. All of the songs here are luxuriously long, Quinn taking exactly as much space and time as he needs for his expansive compositions. That's the real story here: we can hear that Quinn has taken the reigns on an ambitious project and succeeded at every point he meant to. With lyrics reminiscent of Dylan, Bill Mallonee, and the airiness of John Calvin Abney, on Home of the Brave Quinn is simultaneously free-wheeling with his imagination and disciplined in his craft. Like a desert prophet, Quinn commands your attention even if you want to look away.

For it's share audacity and accomplishment, Home of the Brave is definitely going on my Album of the Year list.