Rachel still has Thanksgiving brain, but put together all the best in Americana, country, folk, and...classical music?

Album of the Week: Adeem the Artist -- Forgotten Songs and American Dreams 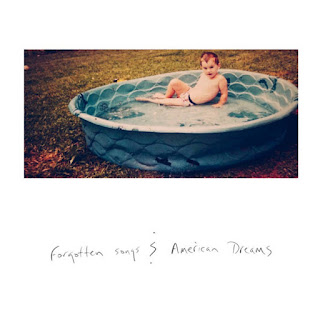 Adeem is a fellow contributor at Country Queer, but even if I didn’t know him to be a gentleperson and a scholar, I’d fall in love with his music. Funny, touching, urbane, and profound, when Adeem describes himself as “toiling” in his songwriting, you can believe it. Every word is perfectly place, and every line shows us the three-dimensional workings of a human soul. Adeem deftly switches up styles throughout this song in particular, doing whatever it takes to follow the song where it leads him.
This week’s episode is sponsored by WYLD.gallery. Check out the Austin, TX-based gallery of contemporary American Indian art -- a fantastic holiday gift for literally any budget!
Send me music via SubmitHub! Send me money via Ko-fi or Patreon. Find Rachel and her comic via https://linktr.ee/rachel.cholst
Posted by Rachel Cholst at 12:00 AM